It has been exactly four years since I wrote my last entry and even though I keep telling myself I will get back to it -- it just does not happen.  Therefore, I am going to just write ANYTHING to break the cycle.

I moved to Atlanta, Georgia on October 1st, 2017.  I drove across the country from the Coeur d'Alene, Idaho area and did it in four (4) days.  Fast and focused and here I am.  So much has happened since my last entry and I am in a totally different chapter of my life.  I think I probably have a bit more clarity to even begin to express what has happened, so it is probably good that I am starting to write now as I can give a better explanation.

I want to try and write at least once a week if I can.

My mentee, Raji Ahsan gave me the hashtag #JohnInAtlanta which I have incorporated into my posts on facebook and Twitter when referencing this life changing event.  Also, to chronicle my renewed focus on pursuing acting as a career -- yes my friends, I am an Actor. 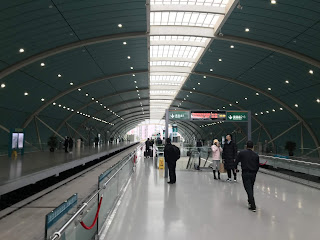